\(\)
Good news! In an earlier post, I talked about my flexible implementation of the Louvain algorithm in Python. Now, it is also available in a C++ implementation, making it run much (really much) faster. Whereas the previous version already began to stagger for a thousand nodes, this implementation can easily be applied to graphs of millions of nodes (although you still might need to be patient when your graph is really that big). Even better, you can now simply install it using pip: sudo pip install louvain. For Windows users, you can refer to the binary installer at the PyPi repository. The source code is also available from GitHub.

Using it is really straightforward. To start, make sure to import the packages:

For simply finding a partition use:

You can also find partitions for multiplex graphs. For each layer you then specify the objective function, and the overall objective function is simply the sum over all layers, weighted by some weight. If we denote by \(q_k\) the quality of layer \(k\) and the weight by \(w_k\), the overall quality is then \(q = \sum_k w_k q_k\). This can also be useful in case you have negative links . In principle, this could also be used to detect temporal communities in a dynamic setting .

Notice the negative layer weight is -1.0 for the negative graph, since we want those edges to fall between communities rather than within. One particular problem when using negative links, is that the optimal community is no longer guaranteed to be connected (it may be a multipartite partition). You may therefore need the option consider_comms=ALL_COMMS to improve the quality of the partition. Notice that this runs much slower than only considering neighbouring communities (which is the default).

Various methods, such as the Potts model from , or CPM support a (linear) resolution parameter, which can be effectively bisected . You can do this by calling:

Notice this may take some time to run, as it effectively calls louvain.find_partition for various resolution parameters (depending on the
settings possibly hundreds of times).

The result should look something like this for a random graph. 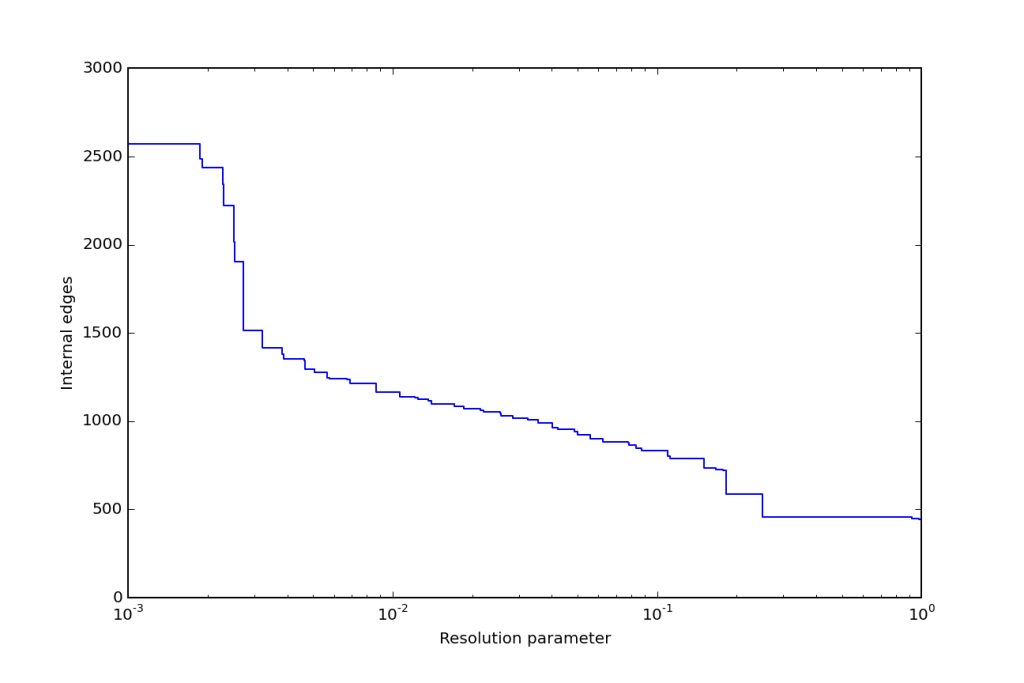 5 thoughts on “Easy, flexible and fast framework for community detection.”